Posted by Lincoln Atheists at 2:06 PM

If you are a person that uses their calendar regularly. You may be interested to learn Lincoln Atheists calendars you can subscribe to have them with your calendar application.

It only takes a few moments and you will never miss-out on another Lincoln Atheists event again.

2.  Scroll to the bottom of the calendar you want.

b.  If you want an individual committee calendar, click the 'Add' button for those specific committee's calendar. 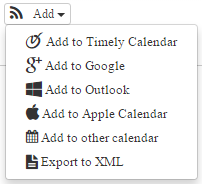 Lincoln Atheists' Community Service Committee held its "Send Hunger Packing" backpack drive again this year as school has pledged in a new generation of learners. We set our goal higher than last year's total, hoping to deliver at least 30 backpacks or 500 lbs to the Food Bank of Lincoln's BackPack program.

Carra McClelland created a worthy wish list on Amazon of affordable backpacks and non-perishable food items that could be purchased and delivered straight to her. Thank you to those who contributed that way, and we thank Carra for all her work and care to make contributing easy. Don't forget to use Amazon Smile and designate LA as your favorite non-profit org, every purchase helps.

Carra was available at several meetups during the 3-week drive, and also accepted drop-offs at home. We thank Service Master Clean, and Goldenrod Printing for their generous contributions, as well as our community of Atheists. This year Lincoln Atheist's Send Hunger Packing Backpack Drive resulted in 54 backpacks (600lbs) and 2 boxes of diapers, more than double the amount we donated last year. The BackPacks will be filled each Friday for students in need of food over the weekend, and the food and supplies donated will stock the LPS Emergency Pantry. 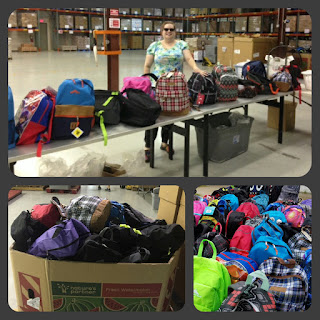 As a bonus to help us reach our goal, Carra donated a $20 Amazon gift card for every 15 full backpacks she collected. All who contributed to the drive were eligible. Our 3 winners are: Ryan and Lori, Matt Alschwede, and Dennis Young.
Posted by Unknown at 7:14 AM

May of 2016 the Marketing Director requested design ideas for Lincoln Atheists billboard campaign. Multiple submissions were entered. The board narrowed down the submissions to 3 entries. Design tweaks were made by board members resulting in the 3 ideas good-standing members would vote for Lincoln Atheists will be displaying on the billboard rental.

A form created in Google Forms would request the members for 4 information:
Members in good-standing were sent emails which provided a personalized link to the voting form with their member ID number pre-populated in the form, and instructions.